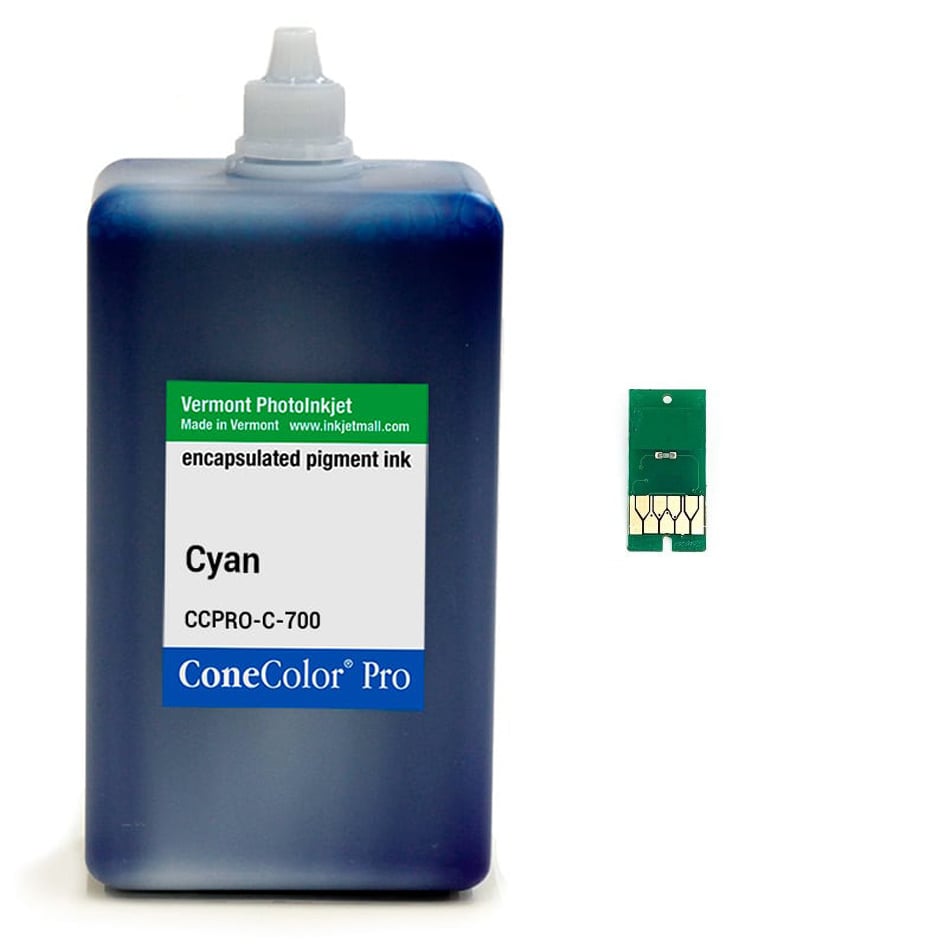 This product is for re-ordering ConeColor Pro ink along with our 1-Time chips if you already have a filling funnel and priming syringe and refillable cartridge. About the chip: This is a one-time chip for the SureColor P6000 through P9000 series printers. SureColor Printers sold in North America and now in Europe can not use chips that reset, or be used with chips that have previously been recorded in the printer's main board chip serial number database. Nor can they be used with chips in which the ink level increases (which prevents resetting). That is why we sell one-time chips. Make sure you purchase a chip with a series (serial) number that has not already been used in your printer. We suggest placing all previously used chips directly on the left of your printer so you have a handy reference for what chips have been used previously. See the instructions tab above for more information.

NOTE #1: When these one-time chips are ready to be replaced your printer may not say “ink cartridge empty replace cartridge” but instead may say “ink cartridge cannot be recognized.” It’s useful to turn the printer off and reboot it to ensure that this was not just a temporary chip contact issue. If the issue persists you know it’s time to switch the chips.

NOTE #2: Epson is always working to defeat the third-party inkjet cartridge market. It is not inconceivable that Epson will update the firmware of the SC-P printers to lock out these chips in the future. We recommend that you NEVER let Epson update the firmware on your printer. When downloading the driver from Epson download the driver only and not any “Combo” options. The combo option forces you to agree to auto Epson firmware upgrades and this could lock your printer out until new chips are engineered for the new firmware. If you want to update the firmware please ask about the most recent firmware at community.inkjetmall.com and we will verify things.

You get one 700mL-encoded Single-Use Series Chip and one 700mL Bottle of ConeColor PRO ink. Please note, we do not sell 350mL encoded chips.