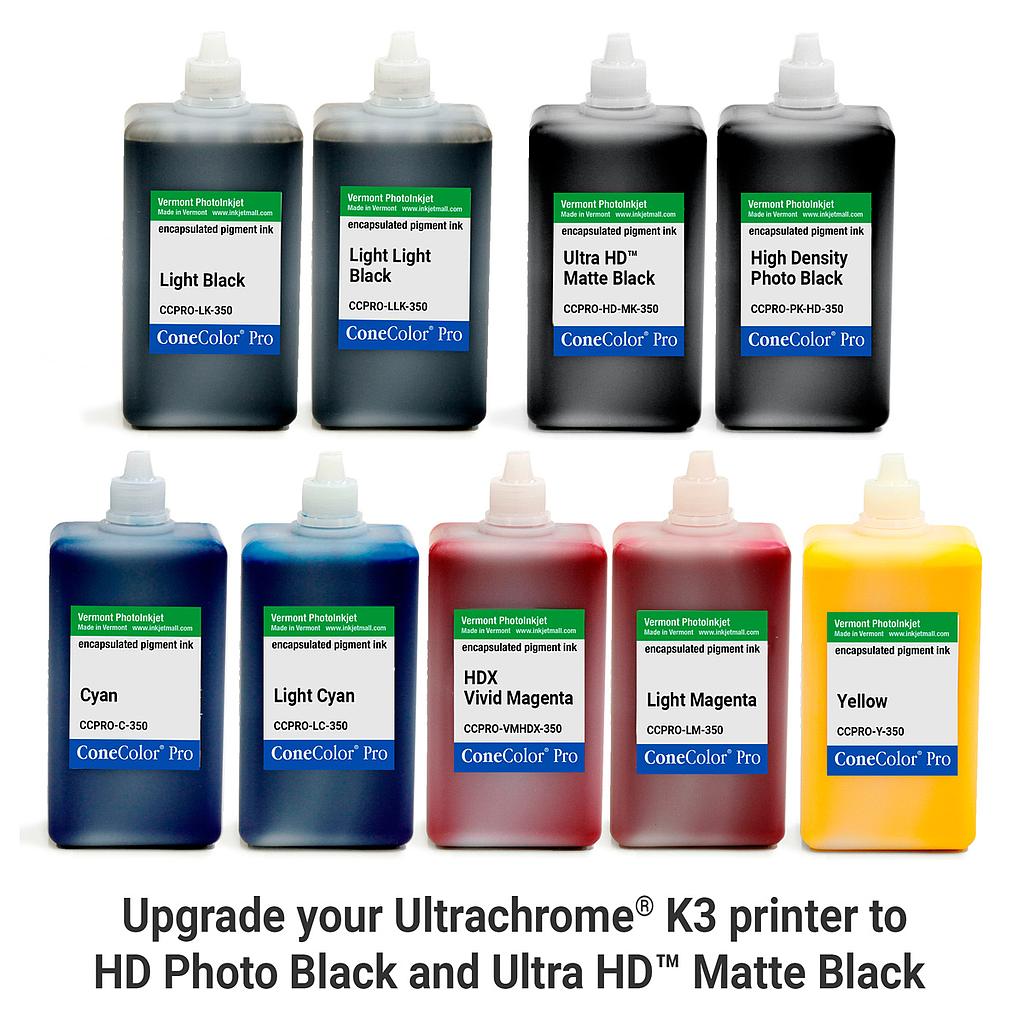 SKU: CCPRO-K3-HD-350-SET9
0.0 / 5
/ConeColor-Pro-K3-HD-ink-350ml-Set-of-9.html
About ConeColor Pro How to Use our Bottles About Our HD Ink ICC Profiles
This set includes both of the new High Density Photo Black and Ultra HD™ Matte Black inks that we developed for the new Epson SureColor P printers*. It offers you the benefit of achieving the same dMax as the new Epson SureColor printers without having to upgrade your printer. This set has better dMax and glossiness than what Epson offers for your printer!
This set now includes the high density vivid magenta that is the closes match to the original Epson Ultrachrome K3 magenta ink.

You get a complete set of 9 bottles of ink with both of the optional HD Enhanced Blacks. This set now includes the high density vivid magenta that is the closes match to the original Epson Ultrachrome K3 magenta ink. 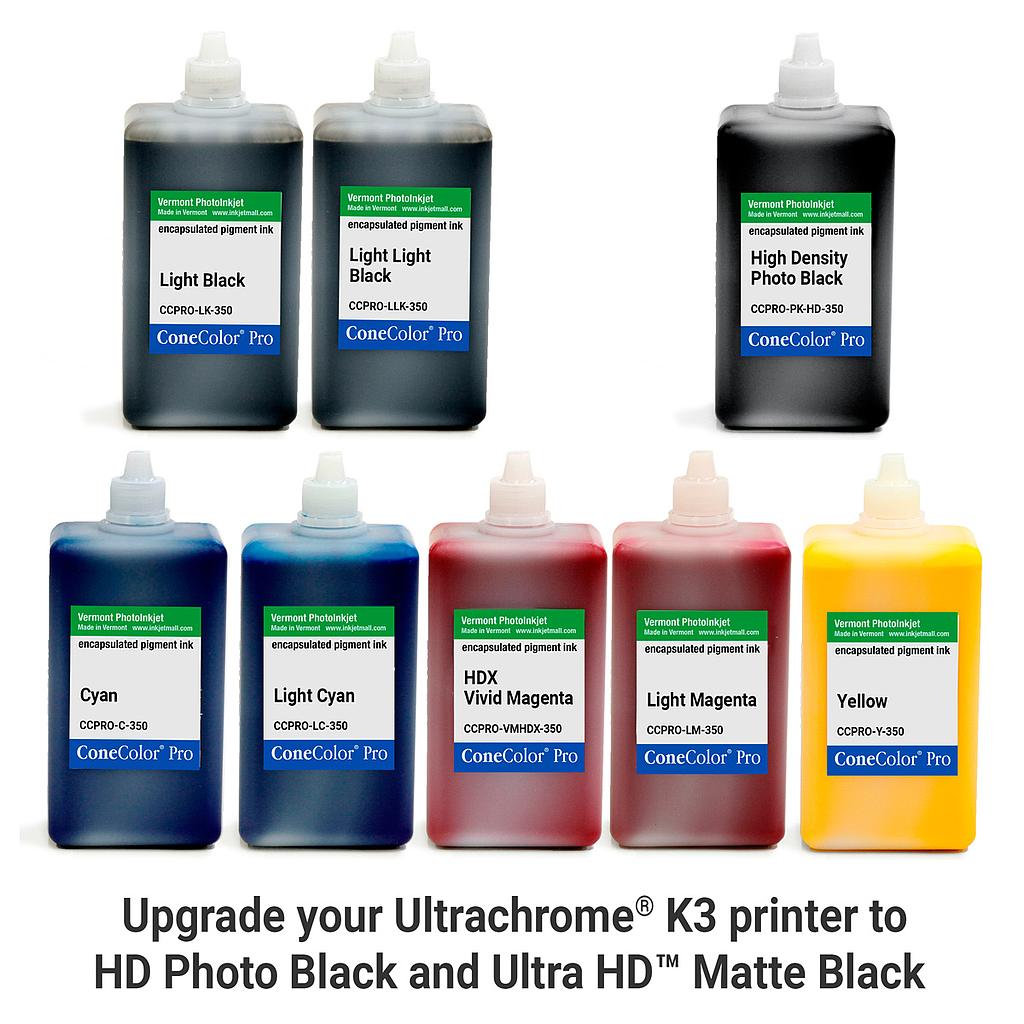 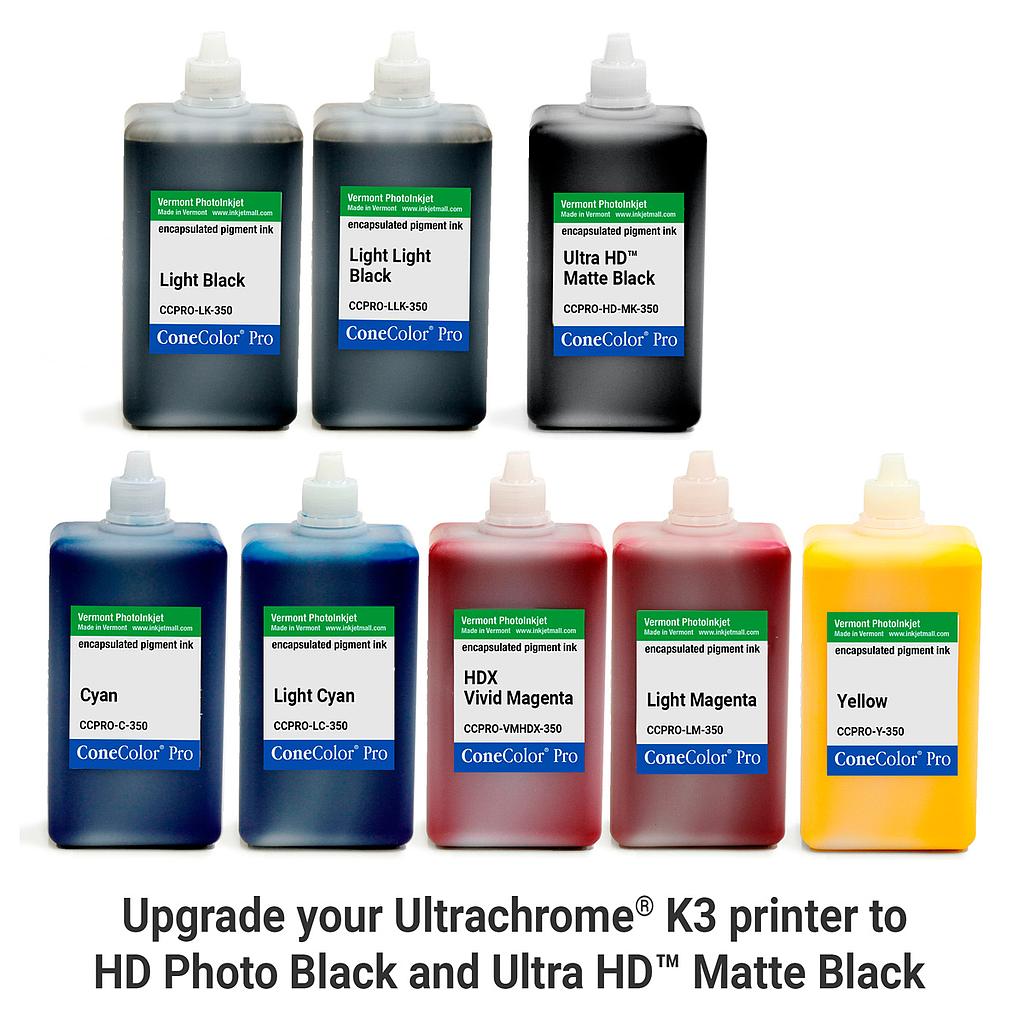 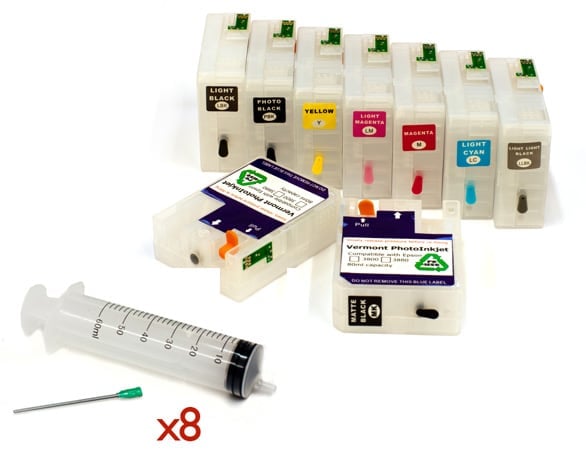 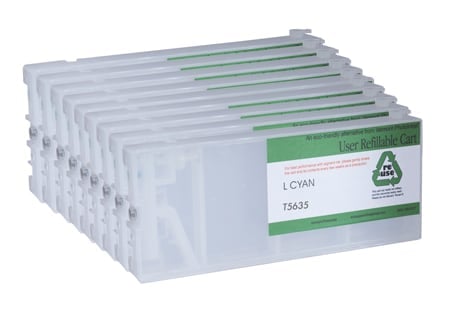 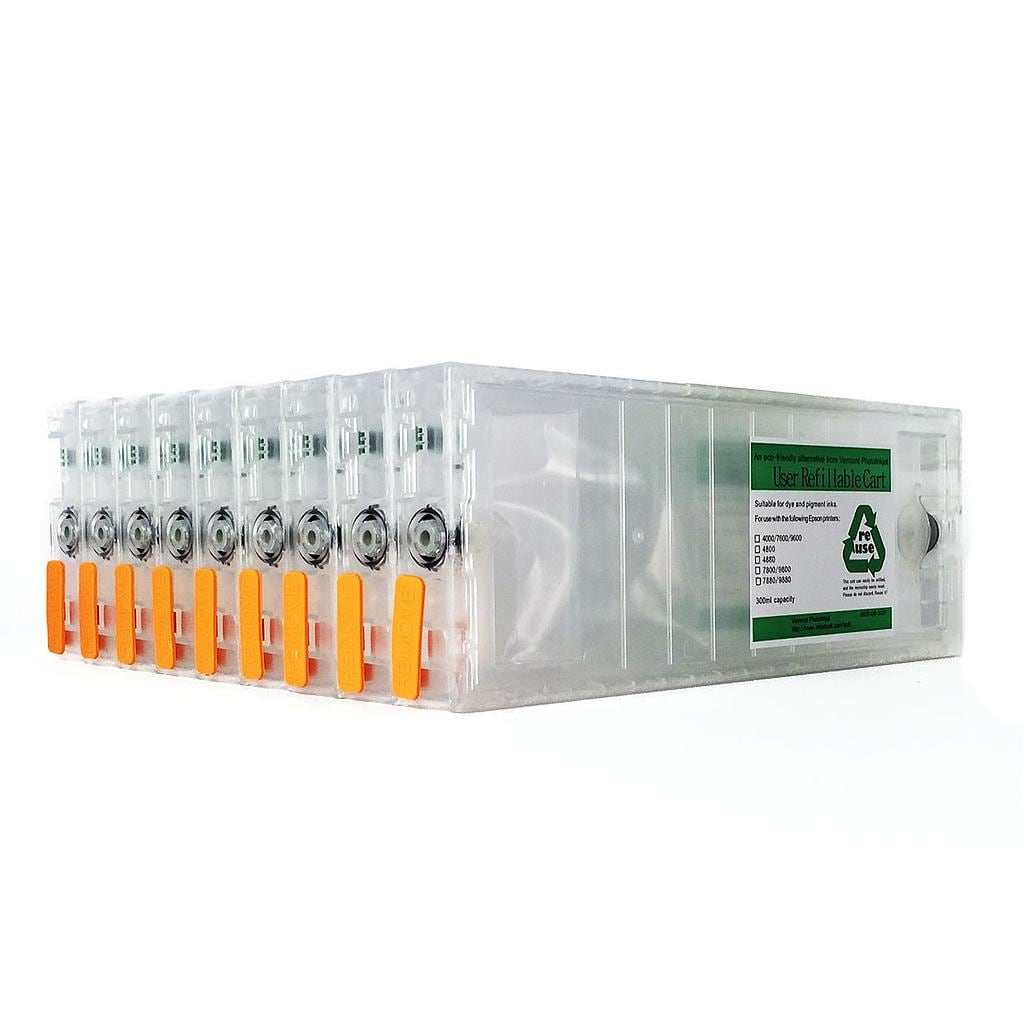